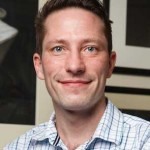 I am a British artist, born in the Cotswolds and living in Horsham.  From an early age I developed an admiration for the discipline and creativity of the great painters.

After completing my school education, I studied at the University of Birmingham and the University of the West of England, which led to a professional career in law. Having previously studied art at A-level, I continued drawing and painting for enjoyment during this time, eventually deciding to seek out serious training and to follow a career as an artist.

I have studied at the Sarum Studio (under Nicholas Beer, formerly the senior tutor at the Charles H Cecil Studio, Florence) and at the London Atelier of Representational Art. In 2016 the Queen Elizabeth Scholarship Trust awarded me the Siegmund Warburg Scholarship to continue my studies in painting.